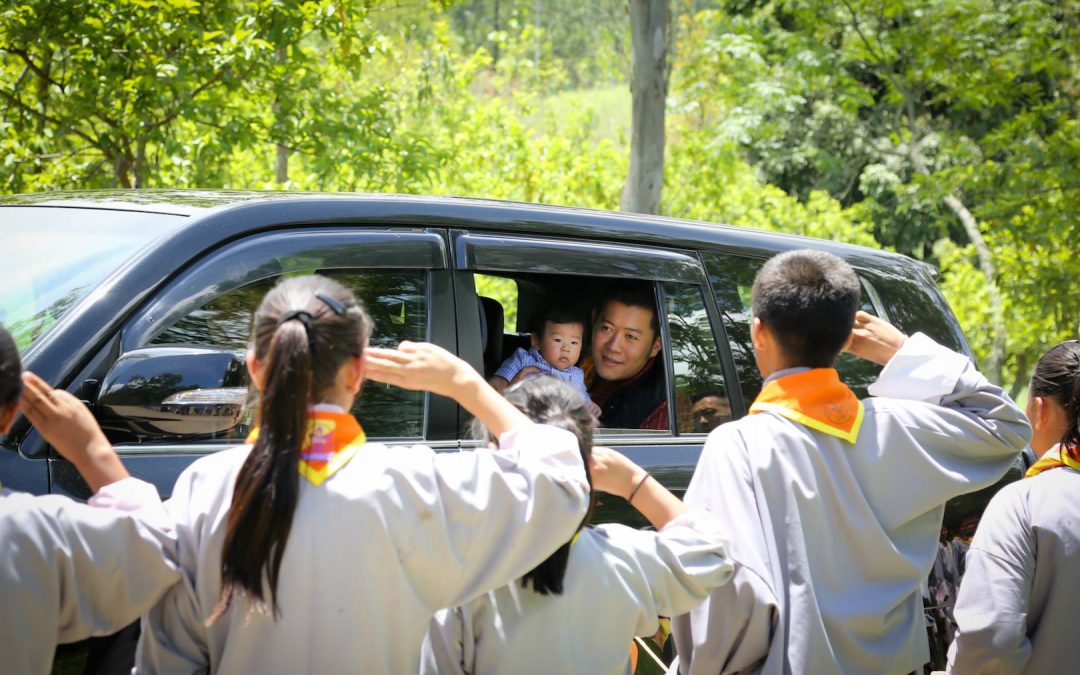 On the Fifth of February, 2016, a joyous nation received news

of the birth of His Royal Highness the Gyalsey or “Crown Prince” of Bhutan.

The nation celebrated the momentous event with spontaneous festivals throughout the year, ecological endeavors including the planting of a record number of trees, and religious Buddhist ceremonies to ensure the good fortunes of the future monarch. Our Mountain Resort family, along with our compatriots in the central and eastern regions of the country, were blessed by glimpses of the royal prince when His Majesty the King and Her Majesty the Queen toured the kingdom in the spring to introduce the adorable baby prince to people across the kingdom.

According to the Himalayan Lunar calendar, the year 2016 is a particularly auspicious year for the birth of the heir to the throne as it is the Birth Year of the Patron Saint of the Himalayas, Guru Padmasambhava, as well as being the Year of the Monkey, a zodiac animal associated with Energy, Vitality, Intellect and Wit.

We use cookies to ensure that we give you the best experience on our website. By continuing to use our website you agree that you are okay with it. Ok